Jacopo Villani, a graduate from the MA in Health Promotion programme is the latest recipient of the inaugural Association for Health Promotion Ireland ‘AHPI Certificate of Recognition’ award

The Association for Health Promotion Ireland (AHPI) is delighted to announce the latest recipient of the inaugural ‘AHPI Certificate of Recognition’ award is Jacopo Villani. 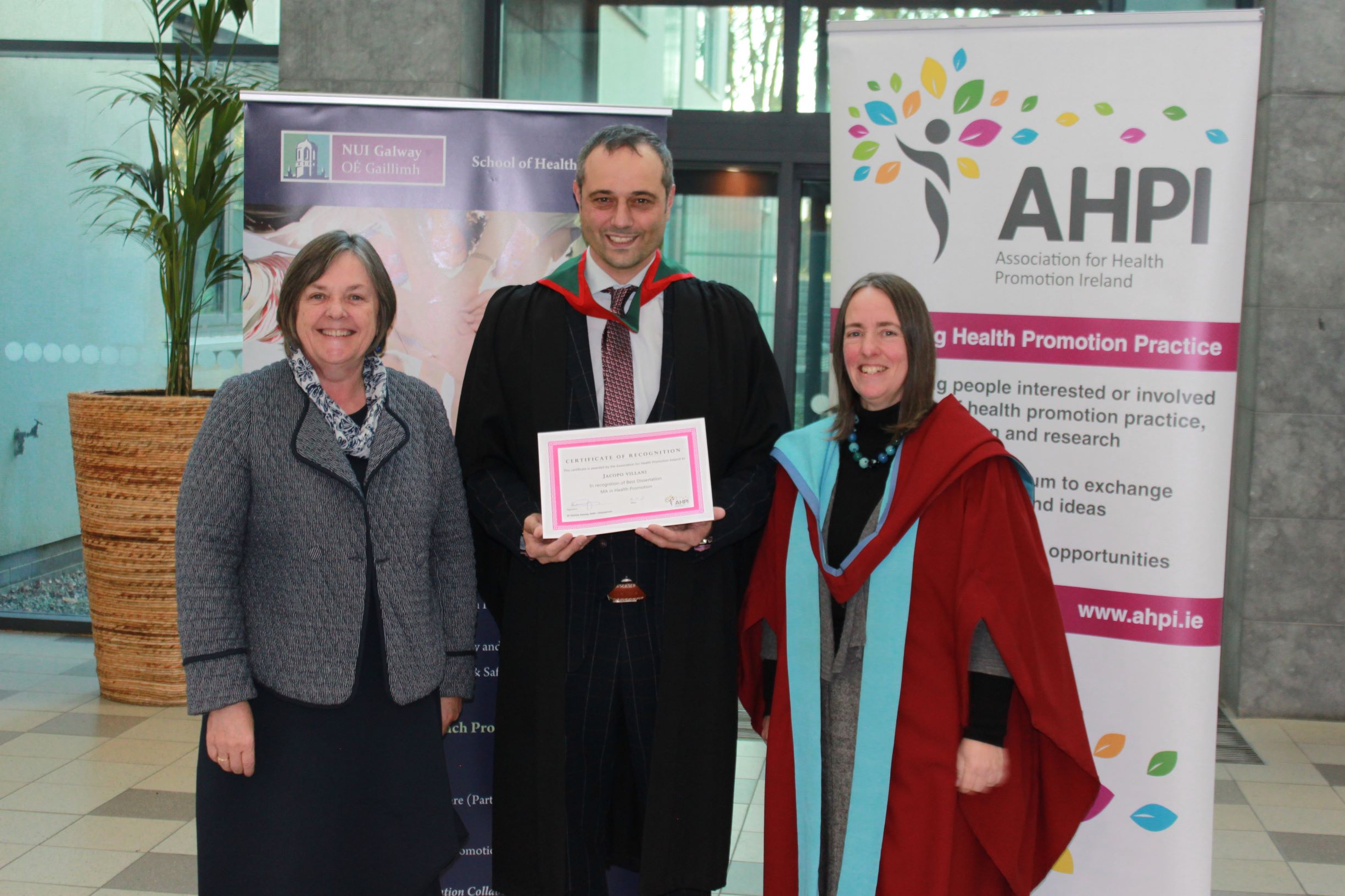 It has long been recognised that health promotion plays a pivotal role in society and is defined as the process of enabling people to increase control over, and to improve, their health. Jacopo’s award was in recognition of the research he completed as part of his Health Promotion Masters degree. This research explored Irish Travellers' perceptions of mental health and aimed to identify the most relevant factors for promoting positive mental health and wellbeing among this socially excluded group. The findings of this research show that Travellers have a very negative concept of mental health. However, Travellers show a strong awareness of the causes of their poor mental health and believe that addressing unemployment, low educational attainment, discrimination and poor accommodation, could help improve their mental health. Finally, this study found that community mental health promotion initiatives should be focusing on developing emotional resilience and self-esteem, reducing mental health stigma, and on the promotion of Traveller culture. These strategies will help Travellers' to improve their mental health status and decrease health inequalities in Ireland.

Students from accredited Health Promotion courses have the knowledge, skills and competencies required for their profession and these awards aim to recognise these achievements. Dr Patricia Heavey, Chairperson of the AHPI speaking on behalf of the association congratulated Jacopo on his success saying ‘We are delighted to be able to support this award that recognises Jacopo’s hard work, dedication and commitment throughout his Masters degree. This is a fantastic achievement and we wish him every success in his Health Promotion career’.

Tweets by @assochpireland
Interested? Become a member! Apply for membership

Connect With Us Today

Formed in 1997, the Association for Health Promotion Ireland provides a forum through which health promotion professionals can exchange knowledge and ideas.